ASTER returns to its roots with this concert. We are delighted to be performing works by two Colorado composers, Grace Asquith, Alex Craig, Kathleen Fagre and Peter Simpson. Mr. Simpson’s cantata Sacagawea is a fourteen minute musical journey which tells Sacagawea’s story in first person narration along with choral movements, flute solo and piano accompaniment. Grace Asquith’s No Such Music was commissioned by ASTER to compose a piece setting the words of May Sarton’s poem Girl with Cello, so naturally, there is a large part for solo cello in this beautiful piece. Aster is delighted to repeat Kathleen Fagre’s commissioned composition O Unico Amore, which honors Mother Cabrini, and Alex Craig’s Song from Astersongs, 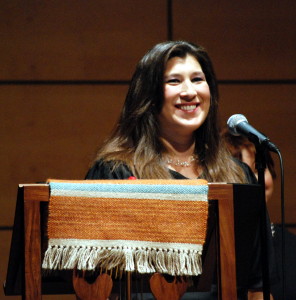 Other works on the program include settings of poetry by Emily Dickinson, Sojourner Truth’s And Ain’t I a Woman speech, Kathryn Lee Bates’ ode to America’s beauty, and some lighter fare. For more information, please contact Christina Lynn-Craig at 303-466-2879 or tinaregina@aol.com.

Friday, April 22nd at 7 PM
Good Shepherd Episcopal Church, 8545 E. Dry Creek Rd., Centennial, CO 80112
(Just west of Yosemite Street on Dry Creek Road; west of I-25)
This concert is part of the Music with a Mission series. A free-will offering to benefit The Crisis Center will be taken. There is no admission cost. The Crisis Center exists to end domestic violence through advocacy, education, and prevention; while helping communities live free of violence.